The Goat Project at 1000 Islands was once again a success.  From September 28 through October 10, twelve goats from Mulberry Lane Farm were brought in to 1000 Islands to eat invasive species for a two-week period.

One doesn’t think of goats as great protectors of the environment, but these bucks and does are enthusiastic about eating every manner of noxious weed and plant.  As a bonus, they have fun getting into places most humans can’t, or don’t want to get into.

The goats started munching at 1000 Islands in the fall of 2018 as a means of invasive species control.  It began as an experimental alternative to cutting each stem and painting the stem with a toxic herbicide.  Another means of control is physically removing each buckthorn plant.  The goats love buckthorn, as well as other invasive plants like honeysuckle, money wort and will also eat poison ivy. Through multiple browsings, the plants are defoliated.  Eventually, the remaining root systems will be deprived of the energy generating leaves allowing the more native plants to once again become established.

This browsing was the 5th time the goats have been borrowed from Mulberry Lane Farm.  They stay for a 2-week period in June and in then again in the fall of the year.  Farmer Pat likens it to a spa vacation for them – great greens to eat and lots of human attention.

Through a grant from the Bright Idea Fund within the Community Foundation for the Fox Valley Region, the Friends of 1000 Islands was able to hire a Goat Project Manager (a shepherd so to speak).  The Goat Project Manager coordinated volunteers from Kaukauna and surrounding communities to monitor the goats while browsing in designated areas and to move the goats daily.  The Manger also coordinated with teachers at Kaukauna High School.  The environmental science class has been involved since the beginning of the browsings, creating a valuable tool for evaluating the effectiveness of the Project while earning college credit.  This year was especially challenging considering the students weren’t able to survey the planned grids personally due to COVID-19 restrictions.  The Goat Project Manager was able to catalog before and after pictures of the random grids to aid the students in their reporting.  In addition, the English and art departments are collaborating on a children’s book about the goats.

The community involvement has been outstanding.  Families have been encouraged to sign up to spend time with the goats inside the munching area.  In the fenced munching area, volunteer Goat Watchers are encouraged to bend branches down for munching while educating visitors about invasive species and goat characteristics.  Each group (herd) of goats have come with distinct personalities which make each day new and exciting and FUN.

In June, the goats will return for munch.  If you would like to join them, watch for details here or on the 1000 Islands Facebook page. 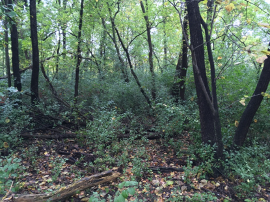 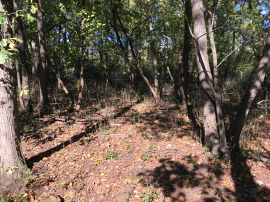